If you are just beginning to learn about social signals in relation to SEO rankings, it’s easy to get caught up in the confusion surrounding the topic. A great deal of conflicting information has circulated by various respected sources, the SEO community and even industry leaders themselves. Here are some facts to clear up misunderstandings about how social signals affect SEO rankings.

What exactly are social signals?

Social signals is the term describing any activity by users that advances web content across social platforms. Facebook likes and shares, Google +1s and Twitter retweets are all considered social signals. Both experts and novices alike previously thought that these signals had a strong impact on an entity’s SEO ranking. But the stampede among businesses to get more likes or +1s on social media sites has proven to be unwarranted.

It doesn’t take much investigation to find out that social signals are still not a serious factor in SEO rankings, despite the prior belief and hype. Furthermore, that reality is not likely to change any time soon. So where did all of the confusion come from?

Much ado about nothing

In 2010 Google spokesman Matt Cutts was featured in a video endorsing the fact that Twitter and Facebook links were, at that time, being used as SEO signals. The following year Google launched Google+ and set in motion their “authorship markup” campaign, which connected authors to their original content.

This dramatic new step toward directly identifying online influencers was meant to advance Google’s dominance across search and social platforms. These announcements led SEO marketers to assume that social media was going to become a greater influence on Google’s algorithms.

Then in an early 2014 Google Webmaster video, Cutts was asked, “Are Facebook and Twitter signals part of the ranking algorithm?” To the surprise of the SEO community, his response was, “Facebook and Twitter pages are treated like any other pages in our web index, so if something occurs on Twitter or occurs on Facebook and we’re able to crawl it, then we can return that in our search results.

But as far as doing special specific work to sort of say ‘you have this many followers on Twitter or this many likes on Facebook’ – to the best of my knowledge we don’t currently have any signals like that in our web search ranking algorithms.”

Apparently, though, not all webmasters got the message. Despite the fact that Google is not currently using social signals in its algorithms, some content marketers still argue that there is a definite correlation between the number of shares a business receives on a piece of content and its SEO ranking. While this perception may seem to be true in some situations, correlation does not necessarily equal causation, as Cutts pointed out. The relationship between these events points toward the fact that great content inspires people to like it not only in Google, but on Twitter and Facebook as well.

The key takeaway from Google’s confirmation that social signals are not part of its ranking algorithm is that you need to simply pay more attention on crafting relevant quality content for your target audience. In doing so, content will get shared more frequently, which will ultimately attract more traffic to your site and elevate your SEO ranking. So indirectly, social shares do help SEO, but the core of optimising web pages for higher rankings is about great content, not social presence.

Social media is still your friend

Engaging on multiple social media sites still has many benefits for a business. Even though social signals do not directly affect SEO rankings, they still play a pivotal role in building awareness and familiarity for a company’s brand. A compelling social media campaign can impact your SEO, which is one of the most significant reasons for establishing a solid foundation on social platforms.

Although not all shares are created equally (meaning someone with 100 followers does not have the same influence as someone who has 10,000), the number of your followers isn’t as crucial as the interactions with them. Active engagement creates brand awareness among consumers about where the content they like is being produced. This close connection between the company and its followers results in more shares, likes and retweets.

Some of the additional benefits of an effective social presence include: 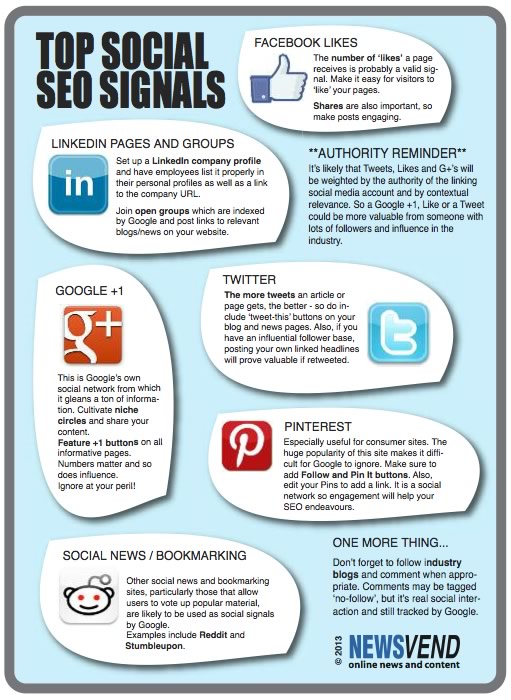 The verdict is still out about whether or not Google and other search engines will incorporate social signals as a ranking factor in the future. Many SEOs and marketers remain cautious that these signals will eventually play a more significant role on rankings, but for now delivering quality content should still be your main focus. Ranking web pages that connect users with authoritative content has been Google’s priority for many years now and that firm stance is unlikely to change since it affects its own search credibility.

Although social signals are not yet incorporated in Google’s algorithms for SEO rankings, they still have an influential effect on how much traffic a site can generate based on brand awareness, which in turn can boost search rankings. As long as you are aware of its power and limitations, social media remains an invaluable marketing tool that should be utilized to create awareness, trust and loyalty for your brand. 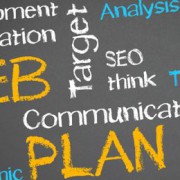 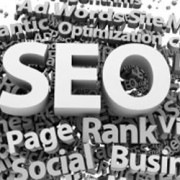 What is on-site and off-site SEO, and why does it matter? 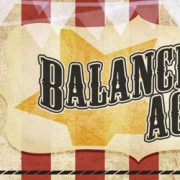 How to make Google love your new WordPress website 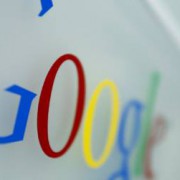 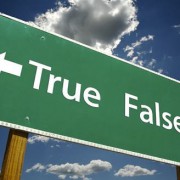 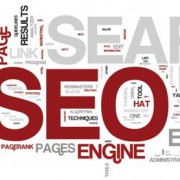 SEO and WordPress: 6 ways they complement each other 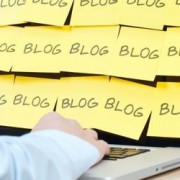 How to boost local SEO by blogging
0 replies