As one of the biggest innovations of the past hundred years, the internet has completely revolutionized the way we market our products and appeal to our customer base. This high-speed, data-driven information network changes the way we think on the daily and the way we interact with one another with every passing minute. Keeping up with these changes requires that we stay ahead of them by staying informed about them.

The internet has created new methods of tracking data and made it much easier for big data and real time data to be handled and processed at incredibly accurate rates and incredibly high speeds. Instead of waiting for all the data to be compiled before we can sift through it with a fine tooth comb for the fragments of information we need to tell us what our customers want, we can aggregate what we know, group and regroup as necessary, and determine what multiple groups of customers might want or need.

Finding these groups has gotten easier over time, thanks to the unprecedented access to customer information that the internet gives us. Being able to define customers by their interests allows us to more accurately target a key audience, as well as find potential groups we might not have considered selling to. With people posting regularly on social media and various other platforms, building a presence there gives us a chance to interact with those we might usually be unable to reach and to build up our brand recognition in ways we might not have been able to ever before.

For organizations with a lower budget, this is absolutely invaluable. Now there are various avenues for advertising to potential customers, or sending out direct messages to interested ones, without as much in the way of expense. Paying a dedicated social media manager to handle your online presence for a year is much less likely to make a major dent in your marketing budget than having to negotiate prime air time with major media networks.

On top of all of that, there’s the fact that the internet itself is easily accessible to a much wider variety of consumers. A potential customer in New York might be seeing the exact same tweet you posted as a potential customer in either of the Portlands, Maine or Oregon alike, or even a customer in Canada, Sweden, or Japan. You no longer have to have a dedicated local presence to get international attention, or win over consumers on a global scale.

88% of all adults in the United States have a cellphone and access to the internet. For the 12% who don’t, local libraries often offer free internet access to their patrons, meaning that it’s incredibly likely that every single one of your potential customers could be online right at this very moment. Meanwhile, there are 2 billion internet users worldwide, with 45% of them centered in Asia alone, a broad base to expand into if you’re interested in going international on a more geographically limited scale.

As the standards of communication and interaction change, it’s important for businesses to be able to change with them. In the United States alone, citizens are sending about 2.3 trillion texts every year, and text messaging users in general send an average of 35 texts a day. This is an incredible amount of information output that would have been absolutely unthinkable just a few decades ago. For some businesses, it’s an output that they struggle to keep up with. Of all the feedback customers give on business social media sites, only about 30% of it receives a response. It’s time to step up, adapt to the new marketing game, and give customers the attention they deserve. 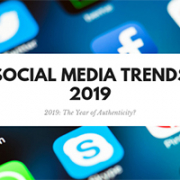 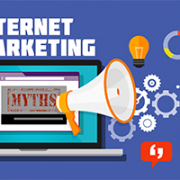 What is the connection between Content Marketing and SEO? 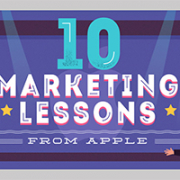